This story was told to me by a granny when I was little… It may have conveyed to me the desire to create, to dream and to join the useful with the pleasant… Beautiful stories rich in life lessons… 🙂

Do you know why the camel has two ​humps ​and the Dromedary has only one? Yet they look like two drops of water! ​For me​, it was granny who told me the story of these two animals when I was your age… I liked it very much … Listen carefully: 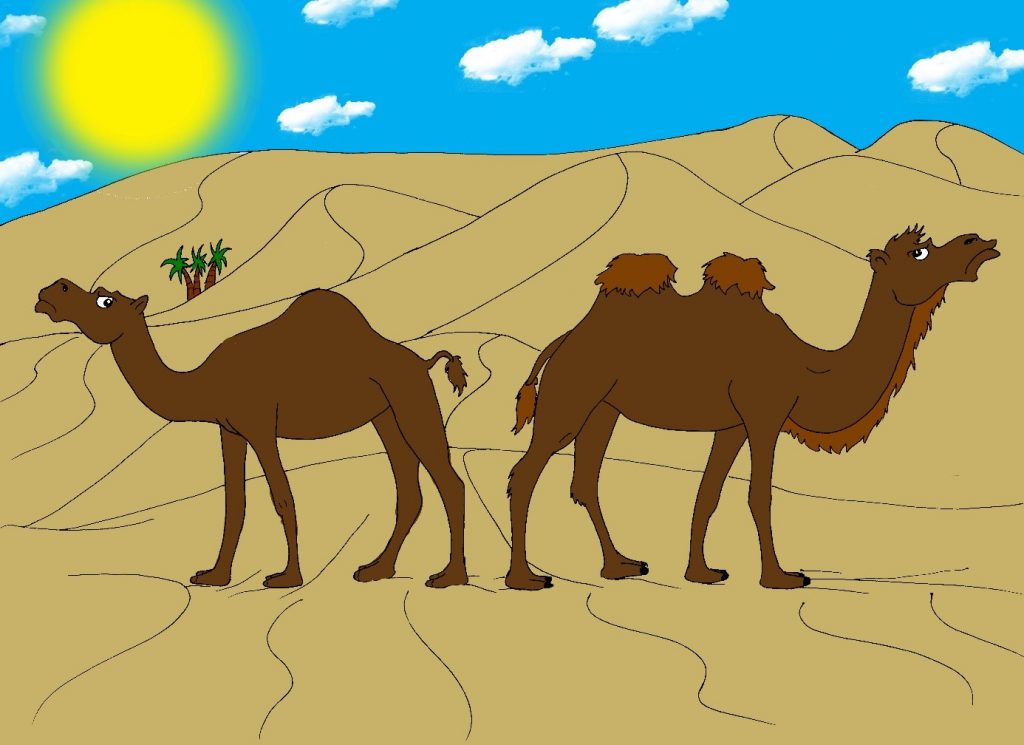 In the past, a long time ago, there was only the Dromedary. His bump which was like a backpack was essential to him. He put reserves of energy into it to survive in the desert where he could spend whole days without finding water to drink or branches to graze.

The Bedouins used him to carry their luggage and also rode it when they had long distances to travel… But in a part of the globe, adjoining the desert, lived a nomad who would transform everything. A big nomad with two big buttocks and a big chest. 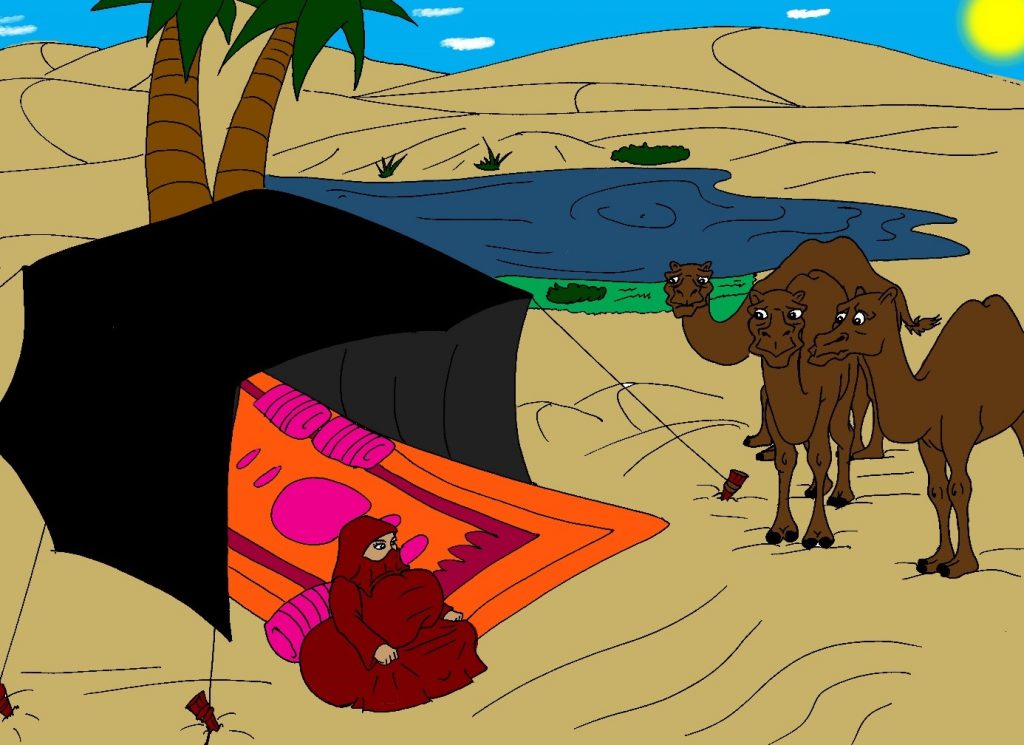 The nomad had a dromedary, and since she had two big buttocks and a big chest, she couldn’t walk long. So, she would climb it and get to the top of his hump to ​travel through ​the desert and look for a watering hole. 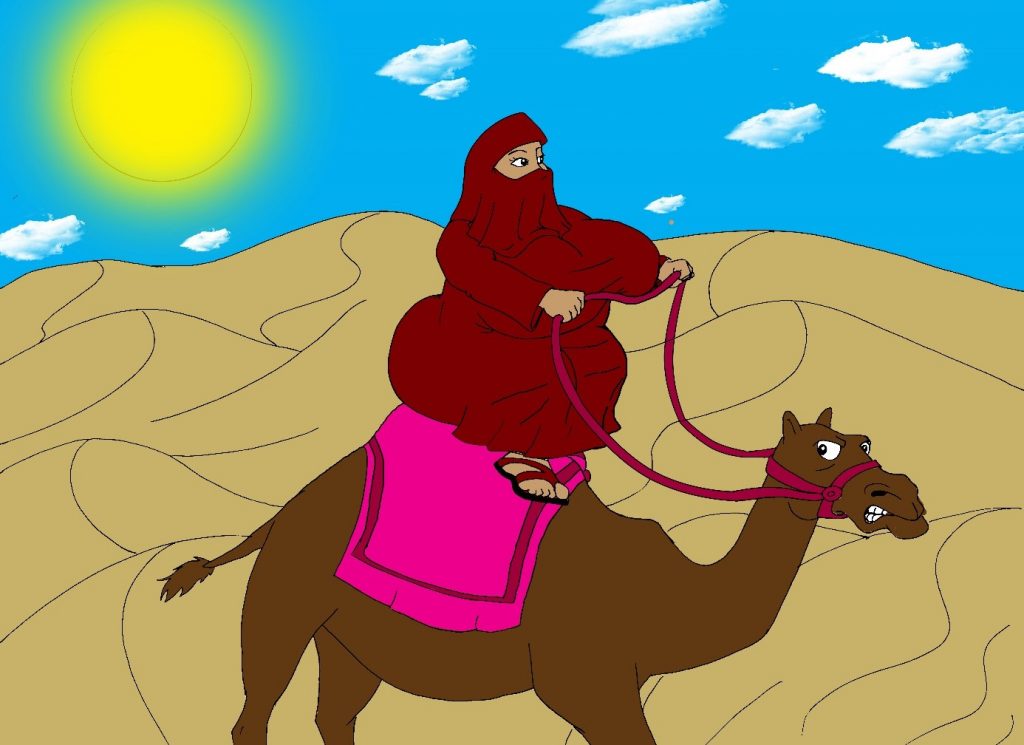 Each time she made a trip, the middle of the hump ​would flatten ​a little more and ​hair would grow ​at the neck and the hump. After several trips, the camel’s hump flattened completely in the middle! The nomad was happy to feel a hump ​stalling her big buttocks and another ​hump protecting her big chest from the wind. 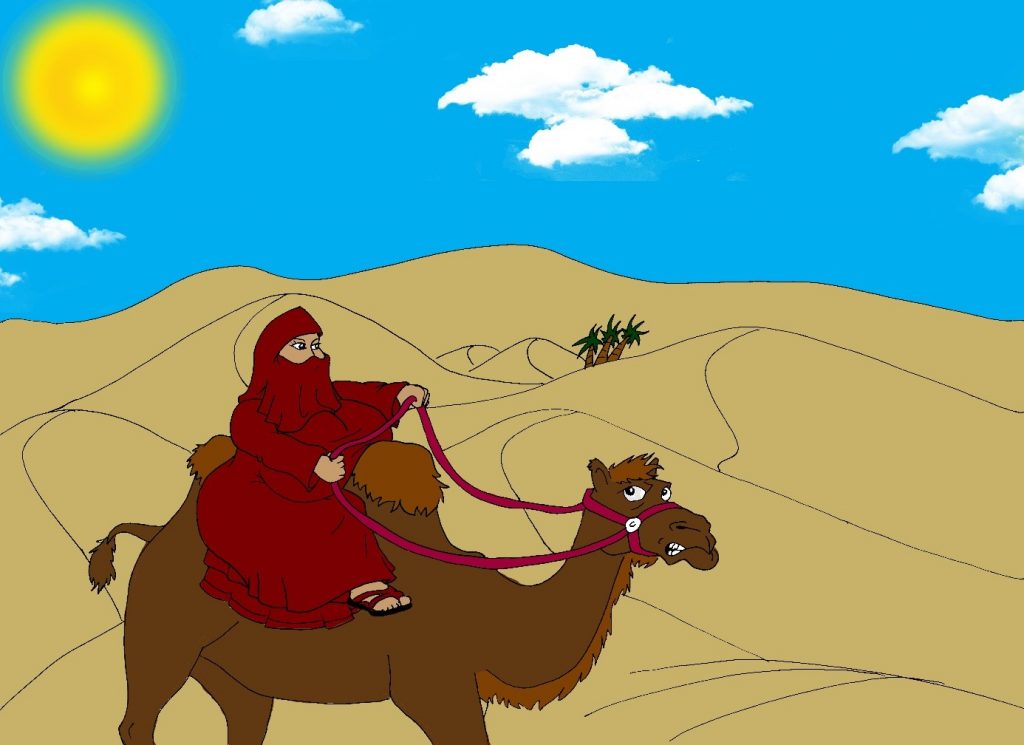 Proud of her work, she bought several male and female dromedaries and made them all two humps on their backs because of her large buttocks. These metamorphosed dromedaries ​gave​birth to babies ​with ​two humps ​with a space in the middle to protect the big buttocks and the big chest of the Bedouin from the wind. . And that’s how the camel appeared. 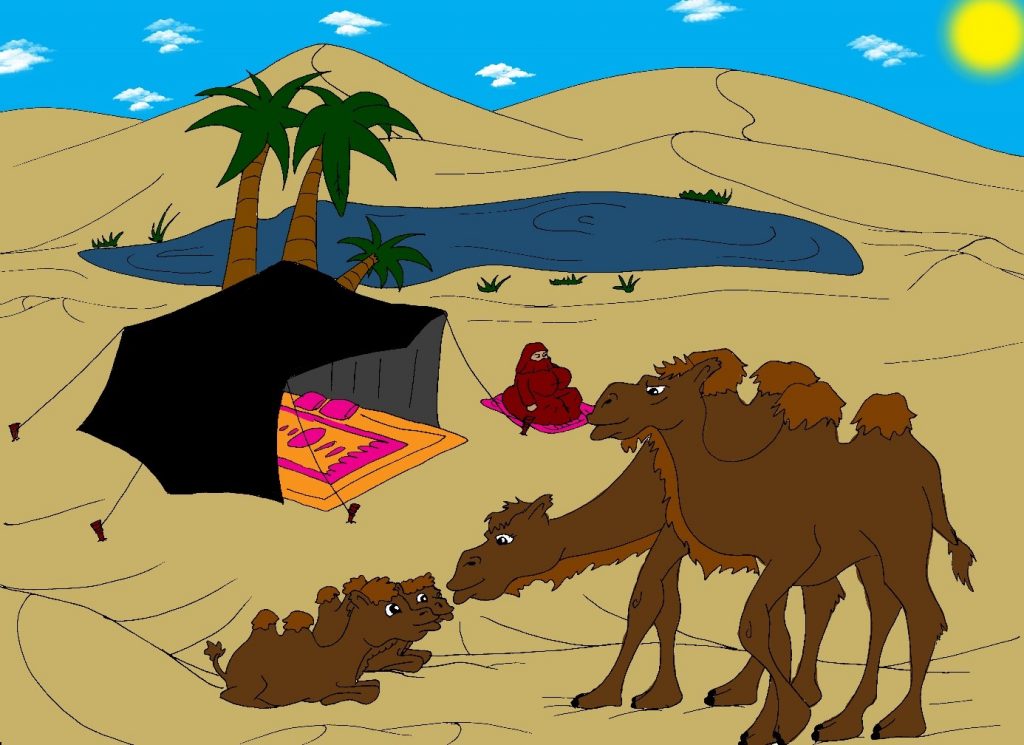 One day, while looking for a watering hole, she met another nomad with her dromedary, the single-bump animal. The dromedary was surprised to see the camel. He walked up to him and laughed: “I have never seen such a creature! Look! You’ve got one hump on your back! Haven’t you seen it ?!”. Very angry, the dromedary replied: “Instead of making fun of my hump, you’d better look at yours. You’ve got TWO! It’s mean and unsuitable to look at other people’s imperfections when you have more than them, but you don’t even notice!” 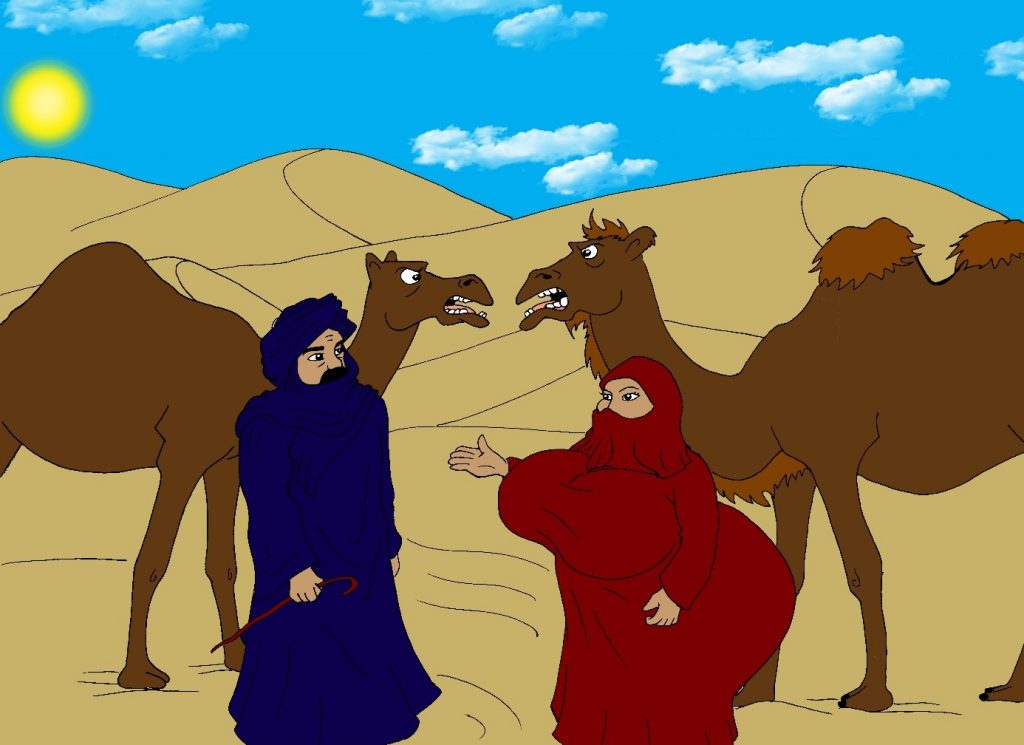 The two animals continued to quarrel mercilessly. Then, furious, the camel ran away, left the big nomad with big buttocks, and settled far, far away where the desert is very cold, as in China or Mongolia. His two ​humps ​were very useful to him, because he reserved so much more energy so to overcome the cold and dry climate of these regions. The camel stayed in the warm desert as in Saudi Arabia and the African Sahara. He needed only one ​hump ​to live.

Come on young people, I told you the story of the camel and the dromedary which Grandma told me when I was your age, and it is your turn to pass it on.